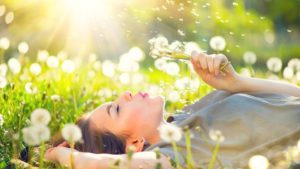 In 2011, a Georgia woman commented on the Amazon.com webpage of the Earthing book that she had suffered from fibromyalgia, fatigue, and depression for several decades. “There has been no place on my body I could touch without feeling pain,” she said. “I’ve been puffy with a pallid, ‘dead fish’ complexion for years. But since I started Earthing, the painfulness has improved substantially, the puffiness is going down, and my coloring seems to be getting pinker. It even feels like I’m breathing a little better.”

Four days after starting Earthing, the writer said that “something came over me, and I got up and cleaned up my whole room (which was a disaster area), vacuumed, and did all my laundry and got it folded and put away. As I was working, I noticed that I was really ENJOYING the exertion, like I imagine people who are into working out must enjoy it. Instead of dead-tired and having to force myself to move, I felt a sense of vitality that I don’t think I’ve felt since I was in my twenties. I cannot tell you what a major thing this was for me. I have had such low tolerance for exercise that I’ve badly failed treadmill stress tests and cannot do anything the least bit physically taxing for more than about thirty minutes without getting dizzy and sick to my stomach. But now, I worked hard and it felt so GOOD to do that! This tells me something majorly good is going on.

“After a few weeks of really noticing a difference, I stopped noticing any benefits. I had to do some work on another computer for a week and did not feel like moving my Earthing mat, and it’s getting colder at night so I stopped trying to make sure my bare feet and legs were on the mat during the night. I was grounding at most maybe an hour a day, if at all, during that time, and I began to quickly slide back into my usual fatigued/not-feeling-so-good state. Then it occurred to me: I’m not earthing! Returning to using the mat at all times when working on the computer resulted in a quick return to my improved state. This thing WORKS.”

I would have liked to have discovered Earthing / Grounding before.

I have been using the earthing half sheet and the pad for only one week and have noticed dramatic changes in how I feel! I sleep better and wake up refreshed and full of energy and vitality. My fibromyalgia and arthritis pain has noticeably lessoned as well as anxiety due to stress. My only question is, "why didn't I know about earthing sooner?" I plan to order more products in the near future.
Nancy M. 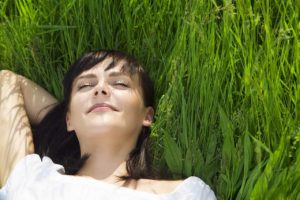 I had fibromyalgia for many years, which caused me constant pain day and night and made my sleep difficult. I have been sleeping on the ground sheet for almost 2 weeks now when I testify about Earthing / Grounding. Now I can't wait to go to bed. If I wake up to go to the bathroom, I go back to sleep. In the morning, I wake up feeling rested and painless. I have pain coming back during the day, but much less. I have just purchased 2 grounding strips to use to go to the computer and another to read and watch television. As soon as I put it on, I could feel the energy of the earth flowing through my body and feel the discomfort go away. It is an absolute happiness!

“For years I have experienced pain in my legs, neck and shoulders. My life was on hold. I spent a lot of time huddled up as I couldn’t bear to move. When I heard about the Earthing products, I thought it was just another gimmick. I tried the bands for 45 minutes and the cramps and pain I got from IBS just went away. I now use the Bands and Half Sheet and overall I feel my body is more flexible. I can do things in the garden I never used to be able to do and I have more of my life back.”

“I have suffered with Fibromyalgia for about five years. My symptoms included muscular and joint pain which became worse at night. I also felt a bit depressed by the pain and didn’t even want to believe I had Fibromyalgia. I started using the Full Fitted Sheet and the next morning (after my first night on the sheet) I had a full sleep, less pain and a beautiful sense of wellbeing. I also use the Universal Mat and keep it near the lounge chair and use it when I’m sitting there. I am amazed at how brilliant I now feel.”

“I have suffered with Fibromyalgia for 40 years. I began using earthing bands in 2014. I thought it was just another fad but decided to give it a try. After two weeks of sleeping with the Bands on I realised I wasn’t feeling as tired during the day, the severity of my pain had lessened and I was going out more and enjoying more activities.
“Overall, I feel better. I can do more, share more, go places and live a better life.”
Ivy says she now leads such a busy life she is usually only home on Mondays!

Grounding Mats Vs. Grounding Bedsheets
May 17, 2022

How to Protect Long Hair When You’re Sleeping
May 2, 2022