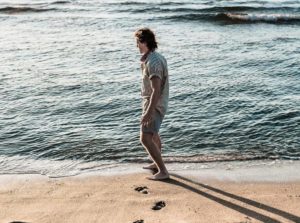 I have been sleeping and working grounded now almost two years and I can say it has offered me the most significant positive health changes of any product or lifestyle change I have ever been a part of. I am a 50 year old male but my knees feel they are 20 years old. My sinuses and allergies are 99% better than they were before Earthing / Grounding.

I have been plagued with miserable seasonal allergies for many years. The months of May and September were always challenging for me. The problem stopped when I started sleeping on an Earthing sheet in 2008. For five years I sailed through Mays and Septembers without having to take any medication. Then, in May 2012, I suddenly started sneezing again like crazy. I couldn’t figure out what was going on until I tested my sheet and it was no longer conductive. After two nights on the new sheet, I stopped sneezing immediately. It was the most amazing thing! My 94-year-old mom is still going strong, sleeps grounded, and is as healthy as a horse! She says, “I think it’s the sheets.

Testimony of a retired computer scientist on Earthing / Grounding and allergies 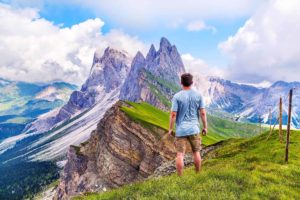 From childhood I suffered like hell from allergies. I was on and had tried every different medication. I also tried diet and herbals. As the years went by, I found that at the beginning of allergy season for me, January till June, I was on some type of drug or more to keep it in check plus some type of drug to drop in my eyes. My sinuses were constantly running and I often had problems with sore throats, etc. I hated Jan thru June!

In December of 2011 a friend suggested that I sleep grounded. I was certainly game to try it. I was desperate for something to work after all the years. When January rolled around, as on schedule, the symptoms of sneezing and runny eyes developed. But they weren’t quite like what I had been used to. They were less. By bedtime they would reach a 3-4 level on a 1-10 scale. Previously they would have been at a 7 level. To my utter delight, when I got into bed and became grounded, I noticed that within 10 to 20 minutes, all symptoms were gone and I do mean all! I noticed the difference big time. This was how it played out for the first couple of months. In the following months, the symptoms tapered off almost completely. Then in each of the following years, I experienced nothing! I’m telling you…NOTHING, No symptoms of allergies! So, since initially hooking up to ground, I have not had to take ONE pill to take care of my allergies!